"Nok Air is resuming flights by moving to Suvarnabhumi Airport today after an almost two-day suspension prompted by the closure of Don Mueang airport due to flooding.

However, it will fly a limited service initially, ramping up to its normal schedule of 40 flights a day by tomorrow.

Nok Air halted all flights through Bangkok from mid-day Tuesday and originally said the suspension would last through next Monday.

It will now put three of its 10 Boeing 737s, which were stored at the Royal Thai Navy-operated U-Tapao airport in Rayong province following the suspension, back into service for flights from Suvarnabhumi to key destinations such as Chiang Mai and Udon Thani.

Nok Air normally serves 24 domestic destinations from its Don Mueang hub. The resumption will accommodate some of the 20,000 passengers stranded by Don Mueang's Tuesday closure.

Chief executive Patee Sarasin said the resumption of flights was being made possible by support from its major shareholder Thai Airways International and Airports of Thailand Plc, which provided takeoff and landing slots through busy Suvarnabhumi.

Nok Air was unable to transfer its flights immediately due to the lack of its own support facilities at Suvarnabhumi.

Orient Thai Airlines, the other airline operating through Don Mueang and also a budget carrier, was able to transfer flights to Suvarnabhumi as soon as Don Mueang closed, as it has operational support out there.

Nok Air passengers can check in at row D at Suvarnabhumi's terminal.

Speculation is that the floodwaters inundating Don Mueang airport may subside early next week, but Mr Patee said Nok Air would continue to operate out of Suvarnabhumi as long as any threat is posed to its normal hub. 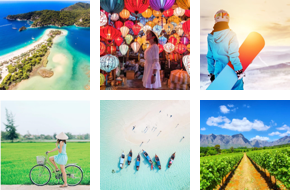